Wendy Called Key Figure to Watch in CA34 on CNN

CNN Politics Nation mentions Wendy as someone to watch in CA34. 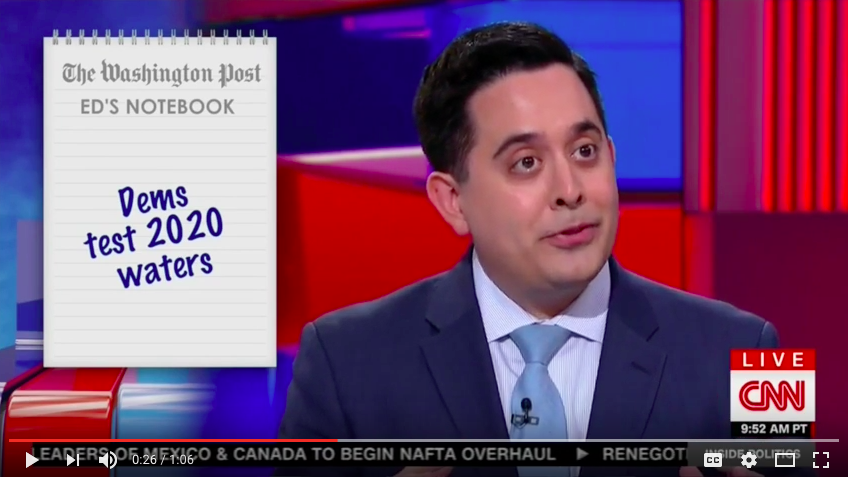 Wendy on MSNBC Talking about the Women's March, Run for Congress

Wendy talking about why her run for Congress is so important and historic. 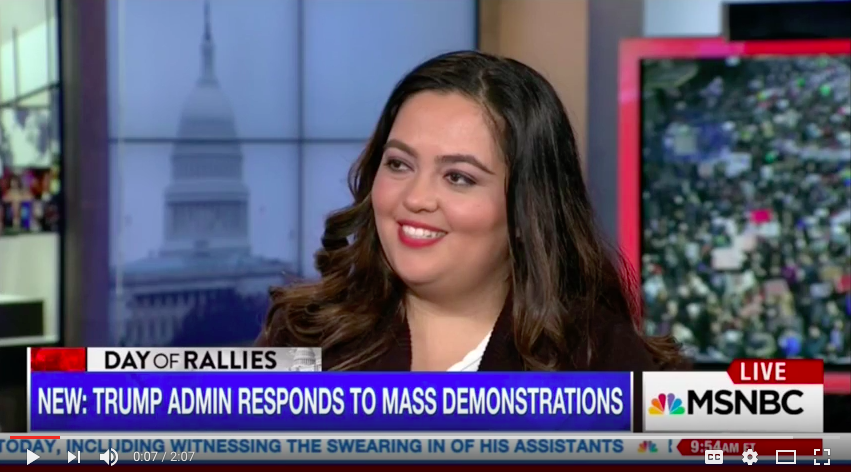 Wendy's Speech at the Women's March

Wendy speaks at the women's march about her personal journey and why she can take on Donald Trump! 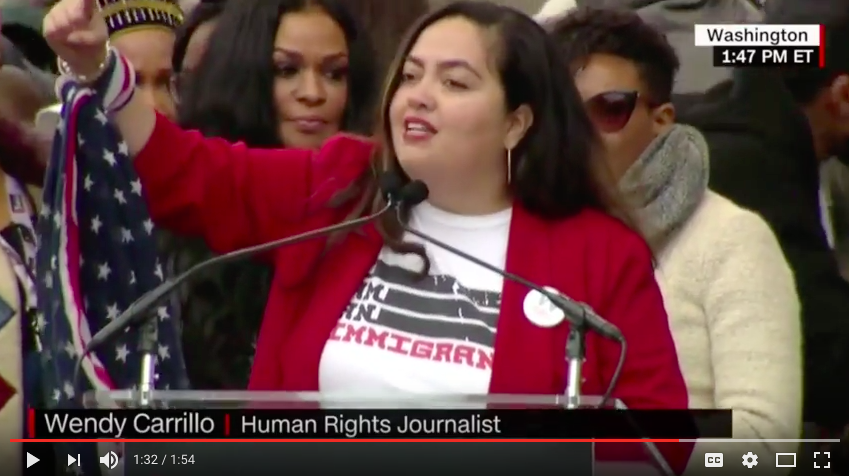 Wendy Carrillo on Trump's threats to defund the state of California:

"Donald Trump wants to unconstitutionally defund the State of California for standing up for our American values. He wants to turn away human beings who are fleeing violence, with nowhere else to go. He wants to round up hard-working people and separate them from their families. As a formerly undocumented child and unrecognized refugee, I have a deep understanding of these struggles, and that is why I am running for Congress. To fight with every ounce of my being against Trump's agenda."

That is why I condemn President Trump's executive actions to advance the Dakota Access and Keystone XL Pipelines. Not only do these actions put the drinking water of millions of people who rely on the Missouri River at risk, but they endanger the lives of the peaceful water protectors who are there standing up for their rights by trying to ensure tribal sovereignty. We need more people in Washington who understand that the rights of the people are not to be trampled on, and I am the only candidate in the race for California's 34th Congressional district that has the background and proven track record of standing up for human rights whether they be for peaceful protestors or undocumented immigrants.

Who's in and who's out in the race to replace Rep. Xavier Becerra in Congress

Rep. Xavier Becerra (D-Los Angeles) is still awaiting confirmation as California’s next attorney general, and there’s no date set for an election to replace him, but that hasn’t stopped the furious pace of palace intrigue over the past two weeks.

The names of nearly a dozen potential candidates to replace Becerra in Los Angeles’ 34th Congressional District have been floated since Dec. 1, when Gov. Jerry Brown named him as the chosen successor to Atty. Gen. Kamala Harris, California’s newest U.S. senator.

One of the most well connected possible replacements, former Assembly Speaker John A. Pérez, withdrew from consideration over the weekend due to unspecified health reasons, saying that his treatment “doesn’t lend itself to the intensity of a campaign that the community deserves.”

Pérez, who ran unsuccessfully for state controller in 2014, had already received dozens of endorsements from members of the state Democratic Party when he dropped out, scrambling the race.

Inspired by her recent participation in the Standing Rock #NoDAPL grass-roots movement, journalist Wendy Carrillo is jumping into 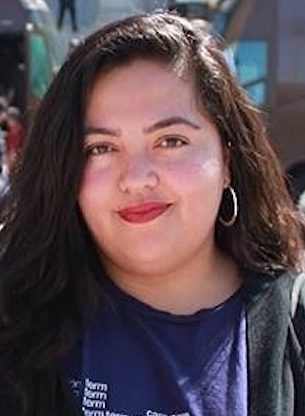 This week, via a lengthy post on Medium, she announced she is running for Congress to occupy the open 34th Congressional District seat that is being vacated by Los Angeles politician Xavier Becerra, who has been tapped to become the next State Attorney General of California.

“When I saw that Congressman Xavier Becerra was stepping down from his position, and taking a new position, this is a district I grew up in that I live in that I know, very very deeply. I thought this was an opportune time. It was a sign that I needed to step up in a big way,” said Carrillo. 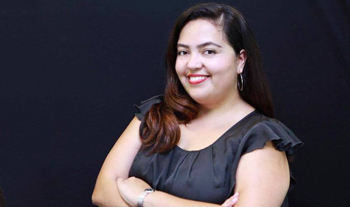 A week after California Gov. Jerry Brown appointed Congressman Xavier Becerra as the state’s next attorney general, four people have already joined the race for the soon-to-be vacant House of Representatives seat. A special election to find his replacement will take place after Becerra assumes his new role on January 3. So far, John A. Pérez, Jimmy Gomez, Kenneth Mejia, and Wendy Carrillo have declared their intent to run for the position, which represents California’s Congressional District. Carrillo – currently the only woman running – has already made waves with her announcement.

In a Medium post, the 36-year-old Democrat born in El Salvador explained why she felt compelled to run. “We are living in a moment of urgency,” she wrote. “A moment in which our country is demanding new vision, leadership, and courage. It is obvious with the results of our recent presidential election that the same establishment ‘politics as usual’ don’t work anymore.”

A local civic and labor activist announced this week that she will be joining the race to represent Boyle Heights in Congress. Wendy Carillo was brought to the United States as a child by her undocumented parents from El Salvador but has since become a citizen. In Carillo’s announcement to run, she says she supports the Black Lives Matter movement, supports a $15 dollar per hour minimum wage, and opposes the anti-immigrant rhetoric that President-elect Trump campaigned on.

Carillo grew up in City Terrace, attended El Sereno Middle School, went to Roosevelt High School and East LA College before going to Cal State Los Angeles where she received a Bachelor’s degree and then to USC for her Master’s. She now owns a house in Boyle Heights. Carillo produced a radio program on Power 106 FM called “Knowledge is Power,” where Angelenos talked about the issues they face.

In 2012, Carrillo wrote about her life as an undocumented immigrant for Boyle Heights Beat. 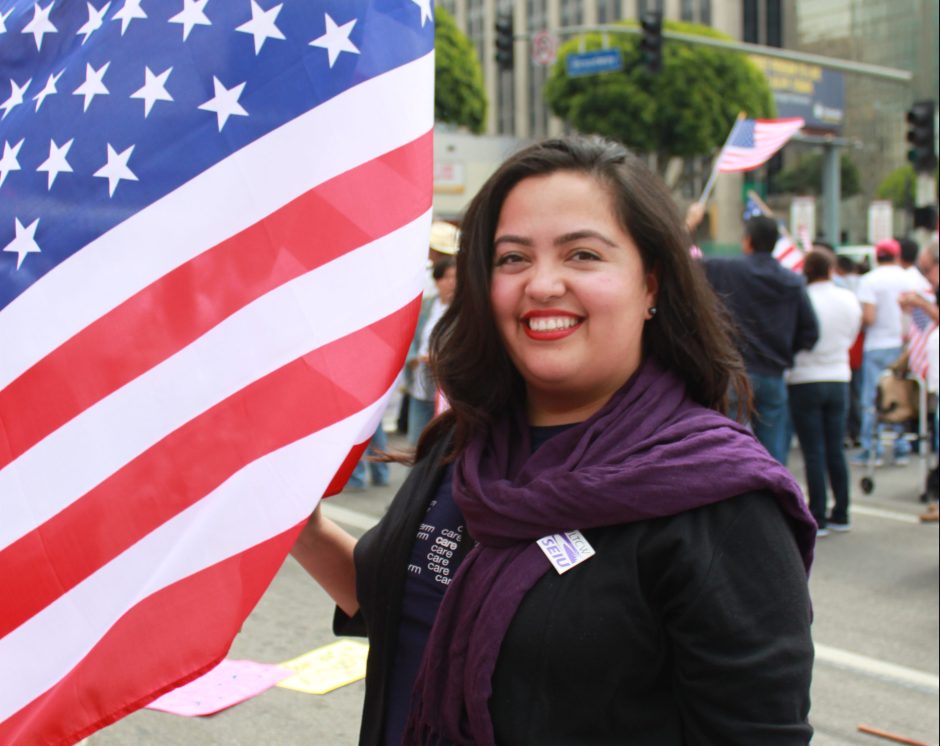